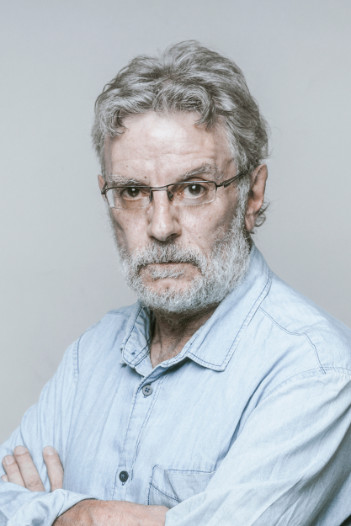 He studied at the Instituto del Teatro de Vic. He was a member of the company La Gàbia de Vic. From 1983 to 1999 he was a member of Joglars, acting in all the perfomances of this time: Teledeum, Virtuosos de Fointeneblau, Bye, bye Beethoven, Columbi Lapsus, Yo tengo un tío en América (I have an uncle in America), El Nacional, Ubú President, and la Increíble história del Doctor Floïd y Mister Pla (the incredible story of Doctor Floid and Mister Pla) . He also acted in the television series produced by the company at this time. He has also worked on different audio-visual productions outside the company, such as: Ventdelplà(2005), El cor de la ciutat (2005), Las voces del Pamano (2008) and Terra Baixa (2011).

He also collaborated with Joglars as assistant director in La cena (The dinner) and 2036 Omena-G. In the field of directing he has also worked as co-director with Teatro de Guerrila in its performance, El xarlatán.