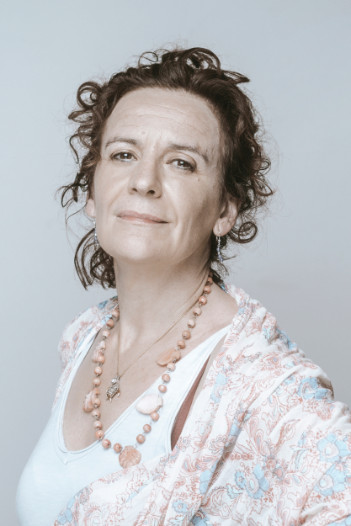 Her training as an actress reached maturity with the company Els Joglars, which she joined in 1987 and with which she remained until 1997. In the years following she took part in Fuita by Jordi Galcerán, Ombra by the Spanish theatre group la Fura dels Baus and in the German production of Don Quixote nach Cervantes by Dimiter Gottchef. In the field of television, she took part in the television series of the Catalonian television channel, TV3, Nissaga de poder and in the television film Pirata by Lluís M. Güell.

She joined Els Joglars again in 2001 when the company was commemorating its 40th anniversary with La trilogía and it staged an updated version of Ubú President in which she again played the roles of her characters of 1995.

She took part in the Els Joglars television series directed by Albert Boadella: