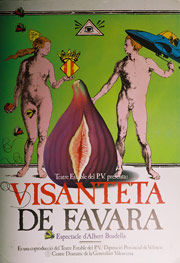 That’s why I’ve produced this play.
To understand it, there’s no need for explanations or
any more justifications.