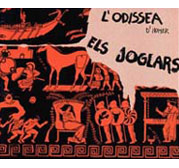 The ‘Grup Xalana’ takes its first steps with the aid of an 18-year experience in the creation of performances conveyed from one person to another via the small theatrical unit called ‘Els Joglars’. Despite all the elements of this new group being original, their style of drama and, in short, their way of perceiving the theatrical profession is a synthesis of an accumulated experience strengthened and transmitted over the years and it is this continuity that has come to be one of the most important values within this frivolous profession of ours.

Whereas the work of the ‘mother’ company ‘Els Joglars’ continues on the basis of unprecedented creations, this new group is inspired by topics or adaptations which we consider to be the fundamental pillars of our Mediterranean culture. We are, therefore, dealing with filling a vacuum or in any case providing a breath of fresh air to combat the sensation of boredom and weariness with which the poorly treated public awaits the classics. If for this reason we are often treated as iconoclasts it will be nothing more than a new incentive for us degenerate, immoral, heartless dramatic farándula (a group of travelling actors), who for many centuries have sold our souls for a smile or a tear.

La Odisea, more than anything else, is a song of the Mediterranean and Mediterraneans. Through the adventures of Ulysses, we come to recognise some features of our behaviour.

The chapters of the Illiad included in Albert Boadella’s adaptation are the ones in which Homer tells of the destruction of Troy, which leads to the adventures of Ulysses.

Our version of La Odisea is neither an exact nor archaelogical transcription of Homer’s texts, but a free and uninhibited vision which involves taking to its limits the fundamental spirit of the work, where the magical epic and ingenious characters of Mediterranean culture are brought to life through an often iconoclastic humour.

As regards the plot we’ve tried to relate the attitude of the Greek heroes to present situations, even though Man’s fundamental behaviour hasn’t undergone any great changes. In this way we try not to separate the ancient fable from its contemporary equivalent, as neither the heroes are as heroic nor the Gods as divine.

In the apparition of the divinities, apart from seeing them from a familiar and humanised angle, we try to highlight that in times gone by, just as today, men forced to fight against other men and natural phenomena, feel the need to address themselves to superior beings and attribute to them the good and the bad that they experience, finally transforming these beings into gods.

Working on la Odisea, this piece of history-legend, has been a fantastic odyssey for all of us too.